Dr. Friedrichs is a Lifetime Member of CHADD 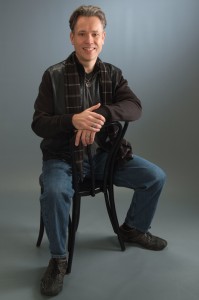 Welcome to New Leaves Clinic. As one of the founding psychologists, I’m very proud to take part in shaping the future of mental health services. Our dream is to make the science and art of psychology accessible to more people in the new millennium. Like the ancient philosophers, we believe that the rewards of self-examination are numerous and available to anyone with the courage to seek them. My experience has shown me that no matter how difficult the problem, positive change is likely when issues are approached with a sincere desire for change, a curious spirit and an open mind. Because you may choose to work with me, it makes sense that I tell you a little about myself.

My parents immigrated to the United States from Germany. Growing up as a first-generation American, I learned very early that “facts” about the world are often nothing more than culturally based opinions. This realization sparked a lifelong quest to find things out for myself, rather than accept things at face value. Like many boys, my early interests included archeology and space exploration. The adventurer’s spirit followed me into high school, where I obtained my first job as a line crew member at a local airport. Working 40 hours a week through high school, I earned my airplane pilot’s license at age 17, and began exploring the edges of what had been a flat world. The logical result of these early curiosities was the pursuit of a B.S. degree in Aerospace Engineering. Upon graduation from the University of Michigan in 1988, I was commissioned as an officer in the United States Air Force.

As the fates would have it, I was not to become an astronaut due to my eyesight. Like many a frustrated pilot, I chose a career in Military Intelligence, where I became an analyst. It was life-changing work for a young man. I traveled a great deal during that time, and had many opportunities to learn about and live in foreign countries. An important turning point in my life took place in Bangkok, Thailand, where I learned from saffron-robed monks about the health benefits of meditation. It was during this period that I began to explore the Korean martial art of Kuk Sool Won Hapkido. By realizing that we are conscious from head to toe I began to feel that the so called mind/body split was without merit. This kindled an interest in holistic medicine.
While studying religious synchronism, including parallels between the Talmud and Taoism, the meaning of being a career soldier became unexpectedly clear. During the first Gulf War I was asked to assist in the selection of bombing targets. The implications of this mission weighed heavily upon my conscience. As the fragility of human life came into sharp focus, I decided that I’d best be more thoughtful in choosing my role in it. With the utmost respect for our military, I realized that philosophy and cultural anthropology spoke more to my soul’s interests. With the rank of Captain, and a bright military career ahead of me, I resigned my commission after six years and returned to academia to explore the works of Carl Jung and Joseph Campbell.

In 1993 I began a Master’s degree in Counseling Psychology at Chaminade University in Honolulu, Hawaii. During these years I studied group theory, personality, abnormal psychology and psychotherapy techniques. I performed group therapy with children and adolescents who had been exposed to domestic violence, and conducted research on child resiliency in the face of social handicaps. I also co-facilitated anger management groups with court mandated perpetrators of assault. Later, I worked on the locked psychiatric unit of Tripler Army Medical Hospital, where I gained first hand understanding of psychological disorders that have primarily biological origins (e.g., Bipolar Disorder and Schizophrenia).

Living in the Hawaiian Islands, I was deeply inspired by the native idea that life occurs in circles rather than straight lines. During this period I pursued Hawaiian and other earth-based philosophies. My own assumptions about spirituality were profoundly affected by the Hawaiian concept of lokahi, which speaks of balance, harmony, and unity for the self in relationship to Ka ‘uhane (spirit), Ka mana’o (mind), Ka honua (world), and Ke kino (body). These basic themes are echoed in pre-modern societies from Ireland to the Pacific Rim. The consistency in these approaches to the noble lifeultimately led me to the sublime art of Aikido, a Japanese sword fighting discipline whereby the spirit is purified through meditation and kinetic practice. I completed my Master’s degree in Counseling Psychology in 1996, and learned about the plight of native families while working at Diamond Head Family Guidance Center.

In 1997 I moved to Palo Alto, California to pursue a second Master’s degree and a Doctorate in Clinical Psychology at Pacific Graduate School of Psychology. As part of my doctoral training, I worked in VA hospitals, community agencies and nursing homes where I provided outreach, consultation, neuropsychological assessment, diagnosis, treatment, research and continuing education lectures to soldiers and their families. I specialized in bereavement (grief work after death), neuropsychology and Alzheimer’s disease in older adulthood (Please reference my vitae for more information).

Most importantly, I became enamored with Existential Philosophy. It was a great relief to discover the same inarticulate views I’d held all my life, suddenly clarified by brilliant individuals such as Sartre and my personal hero, Kierkegaard. I read voraciously while studying under cherished mentors (including the renowned Existential theorist from Stanford University, Dr. Irvin Yalom). Through these pursuits, I happily discovered that empiricism, humanism and mysticism all had a place under the umbrella of clinical psychology. More importantly, I was able to integrate them into a system of psychotherapy that is both scientific and respectful of the boundless mystery of human experience.

Let us bring our combined experience together in the service of your dilemma! Having shared some of the influences that brought me to this field, I will now discuss my current work in Oregon. 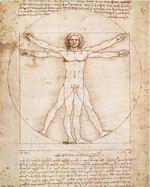 As a Clinical Psychologist, I am trained to provide assessment, diagnosis and treatment of most mental health disorders. My specialties includedepression, anxiety, anger, and marriage problems. I am expert in the field of midlife crisis and personal loss, including divorce and death of a spouse. I particularly enjoy working with “tragically gifted” artists and entrepreneurs who feel misunderstood. Finally, I am adept in assisting adolescents and adults who are seeking insight into their unconscious motives (e.g., those seeking personal growth or life coaching).

Many of my clients are escaping negative experiences with anti-depressants. From what I have seen, most people can learn to overcome barriers to success without having to take medication for the rest of their lives! 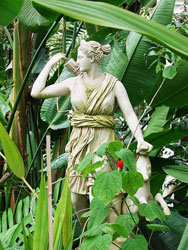 My approach to patient care is holistic, meaning that I respect the complex relationship between behavior, thought, mood, spirituality and physiology. As noted earlier, my theoretical orientation is derived from the Existential school of psychotherapy. This means that I believe that all people grapple with anxiety related to isolation,death awareness, freedom and meaninglessness. My treatment methodology is guided by current research delineating effective practice, as well as client age, goals, cultural background and developmental level. I lean heavily upon cognitive, behavioral, family systems, psychodynamic and interpersonal theories to guide my approach from session to session. Finally, I believe that healing occurs in the context of an authentic, trusting, collaborative and respectful relationship between myself and my clients. If you like what you have read here, I would love to hear from you. In the tradition proposed by Socrates in the 2nd Century B.C.E., the virtuous life can be yours!

Please review my resume/vitae for additional information regarding my professional training. 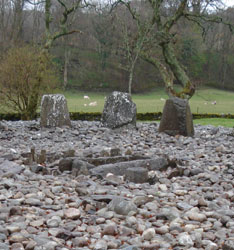